VOITSKI: He ought to write his autobiography; he would make a really splendid subject for a book! Imagine it, the life of a retired professor, as stale as a piece of hardtack, tortured by gout, headaches, and rheumatism, his liver bursting with jealousy and envy, living on the estate of his first wife, although he hates it, because he can't afford to live in town. He is everlastingly whining about his hard lot, though, as a matter of fact, he is extraordinarily lucky. He is the son of a common deacon and has attained the professor's chair, become the son-in-law of a senator, is called "your Excellency," and so on. But I'll tell you something; the man has been writing on art for twenty-five years, and he doesn't know the very first thing about it. For twenty-five years he has been reading and writing things that clever men have long known and stupid ones are not interested in; for twenty-five years he has been making his imaginary mountains out of molehills. And just think of the man's self-conceit and presumption all this time! For twenty-five years he has been masquerading in false clothes and has now retired, absolutely unknown to any living soul; and yet see him! stalking across the earth like a demi-god! And look at the success he has had with women! Don Juan himself was not more favoured. His first wife, who was my sister, was a beautiful, gentle being, as pure as the blue heaven there above us, noble, great-hearted, with more admirers than he has pupils, and she loved him as only beings of angelic purity can love those who are as pure and beautiful as themselves. His mother-in-law, my mother, adores him to this day, and he still inspires a sort of worshipful awe in her. His second wife is, as you see, a brilliant beauty; she married him in his old age and has surrendered all the glory of her beauty and freedom to him. Why? What for? Such fidelity is false and unnatural. It is thought immoral for a woman to deceive an old husband whom she hates, but to strangle her poor youth in her breast and banish every vital desire from her heart--this is allowed!

Slow Dance on the Killing Ground, by William Hanley

The scene in which this monologue takes place finds Rosie(my character), a young, pregnant girl, in a store in a bad neighborhood in New York City at midnight. The shopkeeper takes her into the store after she faints outside. In the monologue, Rosie explains her situation to those present.

Monologue sample and homework table on "when" only (5W's):

[ do the same with "where" category ] 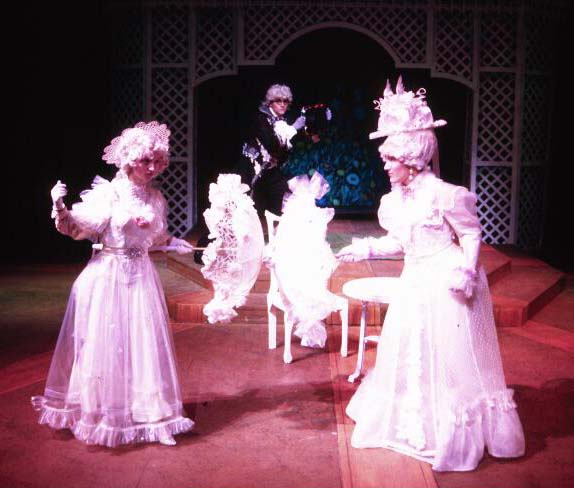