"Audience" is the place where theatre begins and ends. Actor is first and last to face the public. Do you know the difference between AUDIENCE, PUBLIC and SPECTATOR?

"Private in Public" -- Stanislavsky's definition of acting is a good formula for any artist. Art is the divine zone of miracles -- and therefore paradoxes (accidents of the normal). "Public" is the heart of performace; the word "audience" doesn't have the breath of finality, but better than "viewers." The worse is "theatre goes"...

I like "public" as a term, because it's combines audience (hearing) and "spectators" (viewing). I like it because PUBLIC is a product of the show, making a crowd into a community. "Audience" -- community of the event, "public" -- your creation. If you are a good actor, you have your public...

According to Virtual Theatre, the future theatre is "Theatre of One" -- therefore spectator is always present. Who? You, the actor. You act because there is the one to watch you.

"Mirror" said Shakespeare, "Magnifying Glass" said Mayakovsky (Meyerhold's playwright). Both are right. "Magic Mirror"? The mirror that let you see the invisible, the hidden, unnoticed. The mirror that let them, your audience, to see themselves. Everything we do to make it happened is the craft ART asks for. No "mirror" -- entertaiment, childish fary-tale, dream we forget. And here is the secret -- you have to win them all, but one by one -- the single spectator is the your real partner in act of theatre. If ALL at once -- entertainment, a formal spectacle, hysteria at the best, you "got" them -- and you have none to remember it. Your OTHER is this single human being, who has to become your audience, your public!

This is the only way: from ONE to Many.

[ * at what point should I introduce Acting for the Camera? ]

I promiced myself that I will try to put checklists on every page in this directory: to make it more like workbook. So, keep your notes -- always!

II. Actor's Craft (voice/speech, movement -- use of body and space)

Use it for self-evaluation (Post-Application Mortem)

... I have a big "theoretical" problem: if indeed we believe that the real text is performance on stage, we should call dramatic text -- "pre-texts"... Or maybe we should admit that the real texts (semiotics) are the feeling and thoughts in spectators minds and hearts? Then what we usually call "scripts" must be seen as "pre-pre-texts"!

You see, this is not an issue of theory only; depending how actors understand the nature of the theatrical process, the results could be different. If acting is a pre-text, they become "directors" of the public, or at least "conductors" of the audience dramatic experience. We talk so much about an actor as an instrument, but according to this new "pre-pre-text" concept, we should see any and all spectators as instruments as well -- and the "products" of the show. They are in passive possition anymore, they, the public is the actual drama! Here we can find a common ground for Method and Biomechanics, because we are not talking about HOW actors produce the dramatic chronotope on stage, but inside the spectators...

What difference does it make, how do we do it on stage, if give birth to the process within the live audience? All our acting techniques are nothing if the silent and motionless spectators do not EXPERIENCE drama. Bu5t how do we do it, Anatoly? Look at them -- they are in the darkness, they say nothing, they do nothing...

That's the point; they are silent and motionless, because they must be focused, any physical action can break their dramatic concentration, ruin the action in their flow of imagination...

... Going to the theatre in the 1880's was very different to theatre-going today. Facing no competition from television and cinema theatre audiences were larger, performances were longer, and some theatres put on up to three shows a night. Some people came to the theatre straight from work and brought their own meals. In the pit or the gallery they sat on wooden benches. For those in the Grand Circle, evening dress was obligatory.
If a Victorian audience was not enjoying the performance they would not sit quietly as audiences generally do today. As there were curtain calls at the end of every act, there was plenty of opportunity for the audience to let the actors know how they felt!

Dionysos: There is no audience! Only the performers!

Apollo: Actor is his first spectator!

Meyerhold: Public is everything!

ET: What is difference between public and audience?

* 111. Audience is the most important character.

Use the old pages in Theatre Theory directory: Audience and the Spectator directory!

There are pages in Directing directory on the subject. Also, I recommend the pages in Spectacle and other on the basics of spectatorship.

What is the difference between "Public" and "Audience"? You should know it by own experience -- before you get on stage, you were both -- and you still are your own public and your personal audience. Othervise, how do you know when your performance sucks? The stage fright you experience is because now it's personal -- actor is the hyper-active spectator!

How do you define SPECTATOR? ...

There are several basic formulas I use. Relations between Actor and Director? Actor and Text...

All and every relationship in theatre includes the audience.

See? Every equation produces different theatre. But what about STAGE (mise-en-scene)? Should I rewrite it as:

Or should we start with the public? 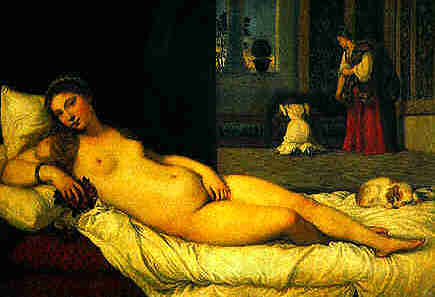 Audience is this reservoir of dramatic energy.
Static? The black hole...

Learn how to "read" their minds. That's what I do; nothing else is more important in directing.... You are the last director of their mind, feelings, thoughts....

How to use SHOWS pages? "The Importance of Being Earnest" is the main directory. What is GENRE from Spectator's POV? Give a thought about all definitions you use, but from the view from the house!

[ my reflections on actual classes ]

I require them to write 200 words on Theatre UAF shows (from Actor's Perspective). And this is where the problem is -- they don't see it. They talk as they are consumers of theatre, not the ones, who need to learn how to prepare and serve others. They don't position themselves on stage, trying all characters on themselves. They stay as "public" in need of entertaiment. "I like it" or "I didn't like it"... and -- why? How would you do it differently? What went wrong? Do you know how he did it? Who made this mistake -- actor, director, writer?

I say -- take notes, while watching any show, any move, reading books... Very few do.

In class I see who and when does take notes; this is first indication that view it "personally"...

Well, they are coming from outside, from the cold, trained not to think, not to see, not being a part of spectacle...

They are used to be passive.

Their experience of theatre is not creative...

If you do not consider PUBLIC as your main stage partner, you can't act! 124. Audience's heart string is what you try to work on. GREEKS: The individuals who judged plays were initially Athenian citizens appointed as judges whose favor could often be swayed by audience response. The audience was extremely large for the population proportions of that era. At one time the Dionysian theater held up to 14,000 people, and as a result the audience was very influential. If the people disliked what was being presented to them they might interrupt it by mocking the actors, yelling, or throwing food. The spectators might also beat the wooden benches they were sitting on with their hands. With this embarrassing possibility in mind, many playwrights tried to win over their audience through flattery and the distribution of small gifts.
Although it was difficult to gain audience support at times, it may have been an easier task than gaining the people's attention. The large crowds were extremely loud and probably did not notice when an actor stepped up on stage. In order to get the spectators quieted down and ready for a performance, the actors had to do something interesting and outrageous. For example, a comedic performer might tell jokes or tease people in the audience. If there was more than one performer they might get the audience's attention through horseplay (i.e.. yelling, fake fighting, etc.). Before a dramatic performance a prologue might be given by the playwright that explained the legend he was depicting. The style of the opening depended largely upon the type of the play to be performed.

SHAKESPEARE: In the original Globe, every performance was held during the day. To simulate such conditions the current auditorium is floodlit when the sun goes down. This means that the performers always get as good a view of the audience as you get of them, and you can see everybody else as well. There is a great feeling of intimacy as a result.
There are often no long intervals during the plays, rather there are several short breaks. For example, in Julius Caesar there were four five minute pauses. In addition however, refreshments and programmes are sold continuously throughout the performances and the audience may get up and stroll around at their leisure.
There is no such thing as a late comer. The audience may arrive at any time and will always be allowed to assume their places. If people wish to see only one act, or maybe they have a meeting they can't get out of that overruns, then there is no difficulty about them turning up whenever they are ready, and indeed leaving at any time they so choose.
The audience is expected to get involved. Any play involving a crowd scene will almost undoubtedly use the audience as that crowd, one should therefore react according to the content. It is perfectly acceptable to boo and hiss the bad guys, and of course to cheer the good. Mark Antony in Julius Caesar got a lot of cheers after his rabble rousing speech.

<
The audience is most important -- a group of individuals gathered together at a certain time and place for no purpose other than to see the performance (though some may be doing other things: placing bets, writing reviews, wasting time, etc.), that is aware of itself as a group (this definition comes from Cameron/Gillsepie -- and most of the rest of the ideas on this page also belong to them).

The audience gives its "permission" to the art.

A social phenomenon --
"conventions" -- "agreements" about what audiences will accept -- how "story" will be told.
Different permissions given at different times.
A "contract" to pretend to see what is not seen--diffferent locales, etc

home * All scripts and texts on this site are intended for educational purposes only! * my notebook THEATRE * 2008 blog
theatron -- seeing place -- Greek
auditorium -- hearing place -- Roman "Victorian audiences liked their comedy broad — or at least when it was parodying a tragic or sentimental original. Unlike many audiences today the average Victorian audience had a thorough familiarity with the "classics" — i.e., Shakespeare and Greek and Roman mythology. This background allowed them to laugh at broad parodies of the gods and heroes in theatrical Classical Burlesques." Crossing the Stages: The Production, Performance and Reception of Ancient Theater, John Huston http://duke.usask.ca/~porterj/abstracts/huston.html 122. Audience go to the theater to live other life's. 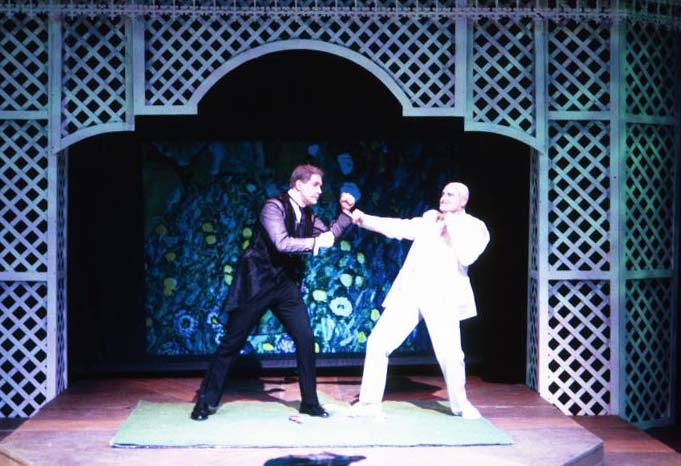 Jack and Algernon (read online "The Importance of Being Earnest)
117. Audience only barely listens, they watch, they see the story with their eyes. http://www.abwag.com/audience.htm