Forget everything: your resposibility is character!

First, the attitude. Understanding and realization that movement must be dramatically structured. Changes must be expressed physically in space and time.
If you think it's too complicated, you are right, and you should know what's ahead of you. Could you progress without knowledge of acting theory? Could you be an inventor without engineering degree? Be a CEO without MBA? A muscian without knowledge of solfeggio? A sergeon without knowledge of anatomy? There are short cuts for a professional. Sooner or later you have to learn it, if you want to stay with professional acting.

But first, we have to change the attitude about studying acting (Brook, 425). With horror and amusement I saw thousands in NYC who are after ten, twenty, thirty years still trying to break into business. The grund illusion is that acting is easy, siple and pure fun.

Since most of acting is acquired through experience, it's extremely difficult to bring it in formulas, terminology and rules. Acting theories are relatively new. Most of American theatre schools appeared less than half a century ago, but mass society, which is a communication society, asks for mass market for acting.

Discipline isn't possible without limitations. Instead of your mind's limitations get the laws, which will teahc you by giving the limits.

I don't like constructivist terminology (mechanics, building a character, and etc.), I believe that we discover things (which look like inventions) (Berook, 428). Of course, there's a danger that it could ber taken mechanically, as the only answer, not a tool. (429)

Listen, Holy Theatre = space is to become subjective, transformed through and ny actor... The last church of the soul, heart and mind...

SVIETLOVIDOFF: When I first went on the stage, in the first glow of passionate youth, I remember a woman loved me for my acting. She was beautiful, graceful as a poplar, young, innocent, pure, and radiant as a summer dawn. Her smile could charm away the darkest night. I remember, I stood before her once, as I am now standing before you. She had never seemed so lovely to me as she did then, and she spoke to me so with her eyes--such a look! I shall never forget it, no, not even in the grave; so tender, so soft, so deep, so bright and young! Enraptured, intoxicated, I fell on my knees before her, I begged for my happiness, and she said: "Give up the stage!" Give up the stage! Do you understand? She could love an actor, but marry him--never! I was acting that day, I remember--I had a foolish, clown's part, and as I acted, I felt my eyes being opened; I saw that the worship of the art I had held so sacred was s delusion and an empty dream; that I was a slave, a fool, the plaything of the idleness of strangers. I understood my audience at last, and since that day I have not believed in their applause, or in their wreathes, or in their enthusiasm. Yes, Nikitushka! The people applaud me, they buy my photograph, but I am a stranger to them. They don't know me, I am as the dirt beneath their feet. They are willing enough to meet me... but allow a daughter or a sister to marry me, an outcast, never! I have no faith in them.

[ Andrey, 3 Sisters ] HIGGINS. There! Thats all you get out of Eliza. Ah-ah-ow-oo! No use explaining. As a military man you ought to know that. Give her her orders: thats what she wants. Eliza: you are to live here for the next six months, learning how to speak beautifully, like a lady in a florist's shop. If youre good and do whatever youre told, you shall sleep in a proper bedroom, and have lots to eat, and money to buy chocolates and take rides in taxis. If youre naughty and idle you will sleep in the back kitchen among the black beetles, and be walloped by Mrs. Pearce with a broomstick. At the end of six months you shall go to Buckingham Palace in a carriage, beautifully dressed. If the King finds out youre not a lady, you will be taken by the police to the Tower of London, where your head will be cut off as a warning to other presumptuous flower girls. If you are not found out, you shall have a present of seven-and-sixpence to start life with as a lady in a shop. If you refuse this offer you will be a most ungrateful and wicked girl; and the angels will weep for you. [To Pickering] Now are you satisfied, Pickering? [To Mrs. Pearce] Can I put it more plainly and fairly, Mrs. Pearce? [ Pygmalion, Bernard Shaw ] 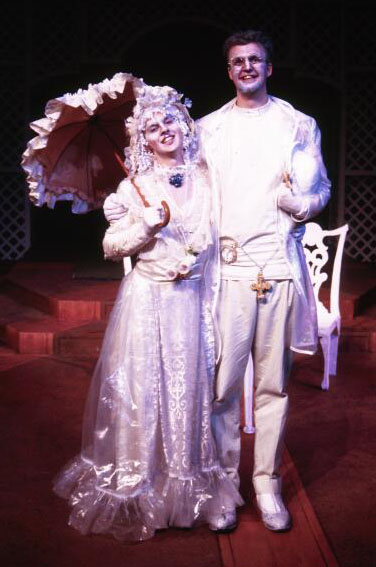 APOLLO: Oh, let me speak, let me talk, Anatoly!
[I consider Apollo as a main god of drama, although Dionysus is the father of theatre. Do you understand the difference?]

APOLLO: Anatoly, please, do not call it "textbooks"! It's a book or not book. Good book, or bad book. Book or music...

DIONYSUS: I second it! It's poetry or epic. Lyric or dramatic.

ANATOLY: All right, all right! A book.

Features :
Combines Stanislavski's “Method” with techniques drawn from contemporary psychology to teach students a broad range of approaches to the acting process.
Stresses the sense of purpose, personal discipline, and the ethics of acting.
Introduces the basics of acting for the camera, an area of growing interest to students today.
Contains an appendix of sample scenes that can be used as exercise material for students and an appendix of useful plays for students' further reading and practice.
Divides speech and voice material into two distinct chapters to provide additional focus on each of these important topics.