Stanislavsky: «The direct effect on our mind is achieved by the words, the text, the thought, which arouse consideration. Our will is directly affected by the super-objective, by other objectives, by a through line of action. Our feelings are directly worked upon by tempo-rhythm». Acting with Anatoly -- Performance acting I *
topics: audience * text * pre-text * pre-acting * role * character * monologue * breakdown * scene study * style * biomechanics * typecast * students * last note *
index * Parts: I * II * III * IV * V * Books * BioMechanics I * Biomechanics II * Directing * Script Analysis * Method Acting for Directors * SHOWS * Theatre Theory * Film * SPECTATOR * Virtual Theatre * amazon.com *

The laws and the stage, both are a form of exhibitionism. -- Orson Welles

subtext -- not what you say but how you say it--the actions and unspoken thoughts going through the mind of the character -- between the lines -- the underlying emotional motivations for actions (including what character says to others), psychological, emotional, motivations.

What is the difference between Acting and Performance? Why do we need another term to understand?

Is actor "bigger" than his character? His role?

He better be, he is the CREATOR of the role.

Performance is only a part of the process.

... mused, musing -- to become absorbed in thought; especially : to turn something over in the mind meditatively and often inconclusively (intrasitive senses).

A. Analyze the role

1. use the script to help determine all information about the character-- and fabricate what the script does not tell you.

2. Define goals of the characters --

Determine the character's Objectives -- what character wants for each scene -- intention, purpose -- this is really the characters entire justificationfor being on stage...
Often broken down into three "types" of objectives:

Objective -- what the character wants for each scene

Super objective -- the "Spine" -- what character wants for the whole play. Also called the through-line. (50)

Robert Cohen in his Acting Power uses the term "relacom," referring to "relationship communication." All communication has at least two dimensions: the content dimension of the message and the relationship dimension of the message. We not only say things, but we say them in particular ways -- and the WAY we say things often tends to develop, clarify, redefine a relationship. This is very important for actors to explore -- the subtext-- what is UNDER the lines.

4. Function that the role fulfills in the play.

Actors need to understand how their character relates to the theme and the action of the play: is the character a protagonist, antagonist, or foil, a major or minor character.

5. Sensitivity to subtext -- not what you say but how you say it--the actions and unspoken thoughts going through the mind of the character -- between the lines -- the underlying emotional motivations for actions (including what character says to others), psychological, emotional, motivations.

6. Role in the overall production

stage business -- "Obvious and detailed physical movement of performers to reveal character, aid action, or establish mood." (366)
Brockett, 440: stage business -- "often prescribed by the script, but may be invented by the actors or the director to clarify or enrich action or characterization."
"Business" -- doing actively -- to simulate real life

Cheating - opening out / up -- making sure as much of the front of your face and body can be seen by the audience as possible, while still retaining the illusion of normal conversation.

In this book, David Wiles introduces ancient Greek theater to students and enthusiasts interested in knowing how the plays were performed. Theater was a ceremony bound up with fundamental activities in ancient Athenian life and Wiles explores those elements that created the theater of the time. Actors rather than writers are the book's main concern and Wiles examines how the actor used the resources of story-telling, dance, mask, song and visual action to create a large-scale event that would shape the life of the citizen community.

Pauses: Read BM
Last 100 years of Theatre -- It speaks of itself as "metaphysics-in-action," declaring its goal to be one of "reconciling us philosophically with Becoming."(Artaud, 44, 109) 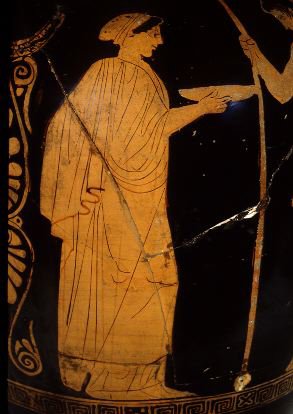 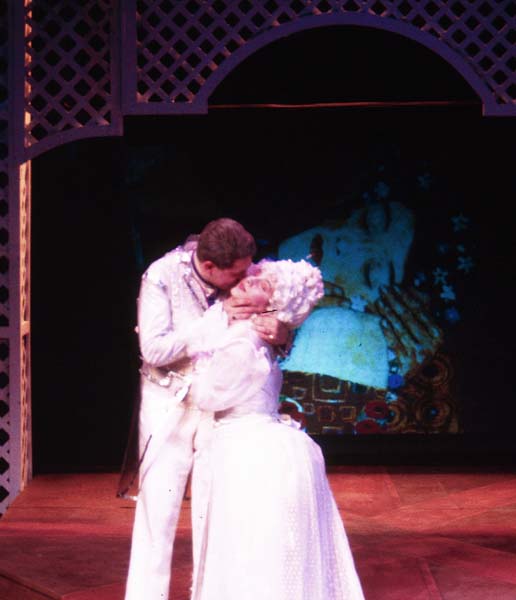 "The performance is usually a collaborative endeavor involving one or more performers, text, audience, context, and sometimes a director." (see glossary)

Marowitz, Charles, The Act of Being: Toward a Theory of Acting. New York: Taplinger Publishing Co., 1978. Public and Performance in the Greek Theatre Public and Performance in the Greek Theatre explores Greek drama in performance, emphasizing the practical staging of these plays and how the buildings themselves imposed particular constraints on actors and writers alike. Examining each aspect of production, the author elucidates the organic relationship of Greek dramas to their original setting.

Actors are armed with a variety of exercises to improve their vocal quality (projection [ability to be heard], tone, inflections, pitch, rate) and their articulation (pronouncing words clearly and accurately).

E. "Learning Lines" (Memorization) and line readings -- learning lines suggests more than just memorization -- it suggests learning why, for what purposes, in what circumstances lines are said... semantics refers to the "meaning" of what is said.

Actors learn that usually "less is more" -- they develop a sense of economy, using their ability to conserve energy and action to build to ever stronger actions.

*** I do not have pages on voice; here is the link -- A Guide to the Production of Audio Plays in Twenty-first Century America by Yuri Rasovsky

LOPAKHIN. I bought it! Wait, ladies and gentlemen, please, my head's going round, I can't talk. . . . [Laughs] When we got to the sale, Deriganov was there already. Leonid Andreyevitch had only fifteen thousand roubles, and Deriganov offered thirty thousand on top of the mortgage to begin with. I saw how matters were, so I grabbed hold of him and bid forty. He went up to forty-five, I offered fifty-five. That means he went up by fives and I went up by tens. . . . Well, it came to an end. I bid ninety more than the mortgage; and it stayed with me. The cherry orchard is mine now, mine! [Roars with laughter] My God, my God, the cherry orchard's mine! Tell me I'm drunk, or mad, or dreaming. . . . [Stamps his feet] Don't laugh at me! If my father and grandfather rose from their graves and looked at the whole affair, and saw how their Ermolai, their beaten and uneducated Ermolai, who used to run barefoot in the winter, how that very Ermolai has bought an estate, which is the most beautiful thing in the world! I've bought the estate where my grandfather and my father were slaves, where they weren't even allowed into the kitchen. I'm asleep, it's only a dream, an illusion. . . . It's the fruit of imagination, wrapped in the fog of the unknown. . . . [Picks up the keys, nicely smiling] She threw down the keys, she wanted to show she was no longer mistress here. . . . [Jingles keys] Well, it's all one! [Hears the band tuning up] Eh, musicians, play, I want to hear you! Come and look at Ermolai Lopakhin laying his axe to the cherry orchard, come and look at the trees falling! We'll build villas here, and our grandsons and great-grandsons will see a new life here. . . . Play on, music! [The band plays. LUBOV ANDREYEVNA sinks into a chair and weeps bitterly. LOPAKHIN continues reproachfully] Why then, why didn't you take my advice? My poor, dear woman, you can't go back now. [Weeps] Oh, if only the whole thing was done with, if only our uneven, unhappy life were changed!

[ do the analysis and write your own stage directions: emotions and motions ]

Apollo: Read about the "performance studies"!

Stanislavsky: Emotions are performance too, gentlemen!

ET: What are they talking about?

T : Discovering ways to convey emotions vocally and physically and project to the audience.Requires an intellectual understandingUses more of an "outside-in" approachDo the action and then the feeling will follow (The James-Lange Theory-- physical actions can lead to emotional reactions)...Emphasis on Body language The Delsarte System (Olivier felt that the key to a character was the nose or how the character walks) -- I once found the key to a character (Earnest in Design for Living) in how he held a cigarette--once I discovered that way of holding a cigarette, much of the rest of the character developed. 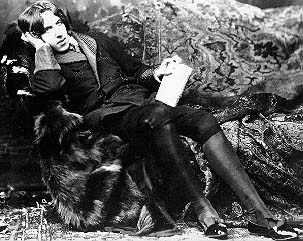 Representational: actors make us "believe" they are the character.

Presentational: "personality" actors -- even today, many successful actors never play anyone but themselves, but do it very well.

Brecht's "Alienation-effect" asks actors to "present" their characters to the audience and specifically NOT to get involved. (323, 365)

(A critic said of Katherine Hepburn in the 1930's that "she runs the gamut of emotions from A to B").

John Wayne -- never tried to be anything else...but they are successful because they help us to believe the story... 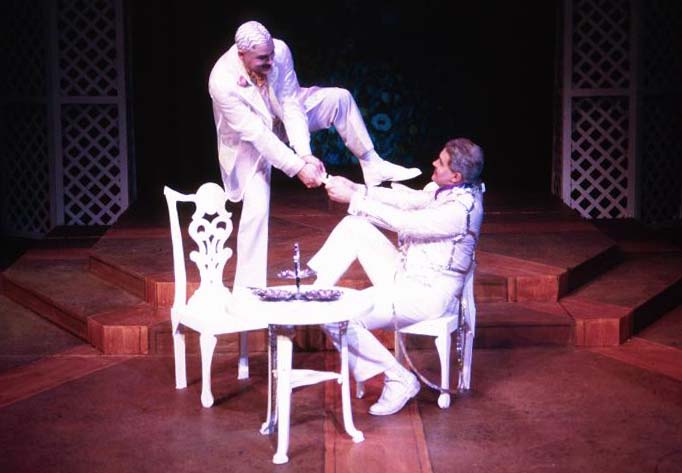 Algernon and Jack (read online "The Importance of Being Earnest)
Konstantin Stanislavsky:

Developed the "system" (now known more popularly as "the method") of acting that emphasizes causality, purpose, and literal interpretation of behaviors...
Used Motivational Psychology championed by Sigmund Freud, who made the inner workings of the mind something we could examine and study.