"The virtue of dress rehearsals is that they are a free show for a select group of artists and friends of the author, and where for one unique evening the audience is almost expurgated of idiots." Alfred Jarry 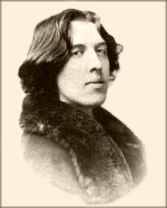 When you go into the professional world, at a stock theatre somewhere, backstage you will meet an older actor--someone who has been around awhile. He will tell you tales and anecdotes about life in the theatre. He will speak to you about your performance and the performances of others, and he will generalize to you, based on his experience and his intuitions, about the laws of the stage. Ignore this man. --Sanford Meisner

I don't know if I should give this advise at the very beginning of the book: take it easy. Don't struggle with yourself, with the typecasting, with which technique to use -- so many things you have to struggle, therefore -- accept the natural laws of theatre. Free yourself for a true fight. Trust your instincts (Dionysos), trust your judgement (Apollo). Trust the masters of drama. Trust the public.

Look, there is a lot of BS in life. Especially, in theatre. Everything is not tangible, subjective, emotional... The further are away from professional acting, the more BS you get. Where do you get most of it -- in acting classes.

First, the PC climate on campuses. Second, the education system -- you pay. Should we tough with you, who pays our salary? If you are to waste your time, you would waste mine and everybody's else. Third, the HS anti-educational training. Twelve years of it, when "they teach" -- instead of you learning to learn.

The first essential to retain a youthfull performance is to keep the idea of the play alive. That is why the dramatist wrote it and that is why you decided to produce it. One should not be on the stage, one should not put a play for the sake of acting or producing only. Yes, you must be exited about your profession. You must love it devotedly and passionatly, but not for itself, not for its laurels, not for the pleasure and delight it brings to you as artists. You must love your chosen profession because it gives you the opportunity to communicate ideas that are important and necessary to your audience. Because it gives you the opportunity, through the ideas that you dramatize on the stage and through your characterizations, to educate your audience and to make them better, finer, wiser, and more useful members of society...

You must keep the idea alive and be inspired by it at each performance. This is the only way to retain youthfulness in performance and your own youthfulness as actors. The true recreation of the play's idea -- I emphasize the word true -- demands from the artist wide and varied knowledge, constant self-discipline, the subordination of his personal tastes and habits to the demands of the idea, and sometimes even definite sacrifices. (Stanislavsky)

Practical applications of theory are in training. And first of all, your (mental) attitude. Understanding and realization that movement must be dramatically structure. All changes must be expressed physically in space and time. Period.

If you think it's too complicated, you are right, and you should know what is ahead of you in Method Acting. Could you progress without knowledge of acting theory? Could you be an inventor without an engineering degree? Be a CEO without MBA? A musician without knowledge of solfeggio? A surgent not knowing the anatomy? There are no short cuts in any profession. Sooner or later you have to learn it, if you stay with the profession.

But first, we have to change the attitude about studing acting.

"Those who work in improvisation have the chance to see with frightening clarity how rapidly the boundaries of so-called freedom are reached." Brook [1] 425

"Right Attitude" means that you have to seek limitations in order to have the freedom within the rules. With horror and amusement I saw thousands in NYC, who are after ten, twenty, thirty years after the graduation, still trying to break into business. The grand illusion is that acting is easy, sipmle and fun.

Since most of acting skills are acquired through experience, it's exteremely difficult to bring it in formulas, terminology and rules. Acting theories are relatively new. Most of the theatre schools appeared only half a century ago, but mass society, which is a communication society today, asks for mass market for acting. This is how-to-do-it-yourself acting book... I thought.

Discipline isn't possible without limitations. Instead of your mind's limitations get the laws, which will teach you by giving the true limits.

I am sure that I like the constructivist terminology (mechanics, building a role, and etc.), I believe that we discover things (which only looks like our inventions).

"The great system of Stanislavsky, which for the first time approached the whole art of acting from the point of view of science and knowledge, has done as much harm as good to many young actors, who misread it in detail and only take away a good hatred of the shoddy." (B 428)

Of course, there's a danger that it could be taken mechanically, as the ONLY answer, not a tool. Any power tool is dangerous too.

Actor is a carrier of theatre. He alone creates the space and time of performance. He is a magician. We rediscovered that a shamsn was not at the beginning, but always with actor.

"Holy Theatre" = space is to become subjective, tranfigurated through and by actor.

Are you ready for ACTING?

"That is why the last method Stanislavsky formulated lies at the basis of our theatre teaching. With us, the student's education always begins with a study of the main elements of organic behavior: attention, communication, physical action, logic and truthfulness." Toporkov [528]

My emails are on every page. Theatre UAF address is on your right.

If comments -- use the guestBooks.

Next? Many places to go and learn.

4.16 2002: We open Dangerous Liaisons in two days and I'm thinking about my cast and my students. About what they got through the process and what is ahead of them. They are young and so much could be done. They need directions no less then their characters...

Actor became a celebrity. An outcast who not long ago couldn't be buried together with other Christian souls, now is a role model. He is a king. He could be president. When in our past could we find an equivalent of this cult? Thery are not only famous, they are rich and famous. Why such a transformation? because they perform for our global village? Or becuase this global village has new values and priorities? What do we pay them for? For entertainment?

"Entertainment" is very silly and very American idea, anothe big lie which mass culture wish to preserve. Come on, it's just a game, relax, only escapism from our real drama -- life... We are not taking it intellectually seriously, we play it down. Dreams, illusions, not like church, bank, job...

Media is our church and celebrities are our priests. They do not have an autority of kings but they have the power. We can't treat them too serious because they represent different gods -- us. But check the time we spend with them -- they are our family, relatives...

All the world's a stage,
And all the men and women merely players;
They have their exits and their entrances;
And one man in his time plays many parts,
His acts being seven ages.

home * All scripts and texts on this site are intended for educational purposes only! * my notebook THEATRE * 2008 blog
Michael Chekhov (1891-1955) was the nephew of the playwright Anton Chekhov, and considered by Stanislavsky to be his most brilliant student. For the last hundred years, in America and Europe, most approaches to acting stem from the pioneering work of Konstantin Stanislavsky. But with time Stanislavsky and his disciples moved far beyond their original ideas: They developed a theater that was bolder, more expressive and imaginative, using psycho-physical techniques that liberated and excited actors.

The psycho-physical approach is most fully exemplified and realized in the work of Michael Chekhov. Chekhov developed an approach to acting that affords the actor access to resources within himself – feelings, will impulses, character choices – that are based not merely in personal experience as they are in "Method" training, but on the actor's imagination and physical life.

Chekhov settled in the USA in 1939, and moved to Hollywood in the 1940s. Prominent actors who studied with him there were: Gary Cooper, Marilyn Monroe, Gregory Peck, Patricia Neal, Clint Eastwood, Leslie Caron, Anthony Quinn, Ingrid Bergman, Jack Palance, Lloyd Bridges, and Yul Brynner (who wrote the preface to Chekhov's To the Actor.). Chekhov died in 1955, before his work became widely known, but it has recently been rediscovered: the last fifteen years have witnessed a growing enthusiasm for Chekhov’s extraordinary artistic legacy, as theaters and theater institutions actively search for broader and more creative approaches to the art of the actor.

* an article called "the price of greatness" discusses the connection between creativity and mental illness. Some fun statistics this 10-year study came up with--(there are fallacies, but it's interesting) In a study of 1000 "creative" types (including arts and literature critics), this person found that: