I've a feeling that the film character enters my body as if I were a medium. I get so dammed deep into it, I become another living person. - Peter Sellers Biomechanics: working from the outside in (from actions to emotions) + Method: working from inside out (from thoughts to emotions)

'. . . there's nothing there except lines of dialogue. If they're sketched correctly and minimally, they will give the audience the illusion that these are 'real people,' especially if the lines are spoken by real people -- the actors are going to fill a lot in. So a large part of the technique of playwriting is to leave a lot out.' -- David Mamet

"What would I do, if I found myself, here and now, in the same situation as the character I am supposed to portray?" Stanislavsky

TROFIMOV. The human race progresses, perfecting its powers. Everything that is unattainable now will some day be near at hand and comprehensible, but we must work, we must help with all our strength those who seek to know what fate will bring. Meanwhile in Russia only a very few of us work. The vast majority of those intellectuals whom I know seek for nothing, do nothing, and are at present incapable of hard work. They call themselves intellectuals, but they use "thou" and "thee" to their servants, they treat the peasants like animals, they learn badly, they read nothing seriously, they do absolutely nothing, about science they only talk, about art they understand little. They are all serious, they all have severe faces, they all talk about important things. They philosophize, and at the same time, the vast majority of us, ninety-nine out of a hundred, live like savages, fighting and cursing at the slightest opportunity, eating filthily, sleeping in the dirt, in stuffiness, with fleas, stinks, smells, moral filth, and so on. . . And it's obvious that all our nice talk is only carried on to distract ourselves and others. Tell me, where are those créches we hear so much of? and where are those reading-rooms? People only write novels about them; they don't really exist. Only dirt, vulgarity, and Asiatic plagues really exist. . . . I'm afraid, and I don't at all like serious faces; I don't like serious conversations. Let's be quiet sooner.

1. What is your character's super-objective in the play?

2. What does you character want or need (objective) in the scene? 3. Identification: 5 ways you are like your character:
a.
b.
c.
d.
c.

4. What is the situation in the scene you are playing?

Use The Importance of Being Earnest scene!

What is the Law of the Unity of the Physical and Psychological?

1. Favorite book of my character

[print, answer and bring to class!] 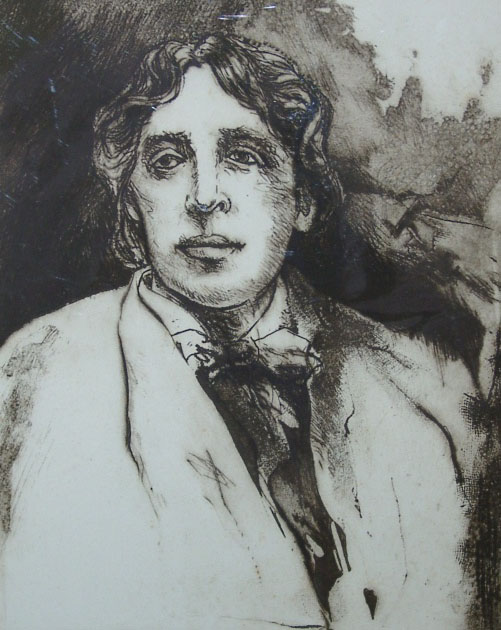 LADY BRACKNELL. That's not quite the same thing. In fact the two things rarely go together. [Sees JACK and bows to him with icy coldness.]

ALGERNON. [To GWENDOLEN.] Dear me, you are smart!

GWENDOLEN. I am always smart! Am I not, Mr. Worthing?

JACK. You're quite perfect, Miss Fairfax.

GWENDOLEN. Oh! I hope I am not that. It would leave no room for developments, and I intend to develop in many directions. [GWENDOLEN and JACK sit down together in the corner.]

LADY BRACKNELL. I'm sorry if we are a little late, Algernon, but I was obliged to call on dear Lady Harbury. I hadn't been there since her poor husband's death. I never saw a woman so altered; she looks quite twenty years younger. And now I'll have a cup of tea, and one of those nice cucumber sandwiches you promised me.

GWENDOLEN. Thanks, mamma, I'm quite comfortable where I am.

ALGERNON. [Picking up empty plate in horror.] Good heavens! Lane! Why are there no cucumber sandwiches? I ordered them specially.

LANE. [Gravely.] There were no cucumbers in the market this morning, sir. I went down twice.

LANE. No, sir. Not even for ready money.

ALGERNON. That will do, Lane, thank you.

ALGERNON. I am greatly distressed, Aunt Augusta, about there being no cucumbers, not even for ready money.

LADY BRACKNELL. It really makes no matter, Algernon. I had some crumpets with Lady Harbury, who seems to me to be living entirely for pleasure now.

ALGERNON. I hear her hair has turned quite gold from grief.

LADY BRACKNELL. It certainly has changed its colour. From what cause I, of course, cannot say. [ALGERNON crosses and hands tea.] Thank you. I've quite a treat for you to-night, Algernon. I am going to send you down with Mary Farquhar. She is such a nice woman, and so attentive to her husband. It's delightful to watch them.

ALGERNON. I am afraid, Aunt Augusta, I shall have to give up the pleasure of dining with you to-night after all.

LADY BRACKNELL. [Frowning.] I hope not, Algernon. It would put my table completely out. Your uncle would have to dine upstairs. Fortunately he is accustomed to that.

ALGERNON. It is a great bore, and, I need hardly say, a terrible disappointment to me, but the fact is I have just had a telegram to say that my poor friend Bunbury is very ill again. [Exchanges glances with JACK.] They seem to think I should be with him.

LADY BRACKNELL. It is very strange. This Mr. Bunbury seems to suffer from curiously bad health.

LADY BRACKNELL. Well, I must say, Algernon, that I think it is high time that Mr. Bunbury made up his mind whether he was going to live or to die. This shilly-shallying with the question is absurd. Nor do I in any way approve of the modern sympathy with invalids. I consider it morbid. Illness of any kind is hardly a thing to be encouraged in others. Health is the primary duty of life. I am always telling that to your poor uncle, but he never seems to take much notice . . . as far as any improvement in his ailment goes. I should be much obliged if you would ask Mr. Bunbury, from me, to be kind enough not to have a relapse on Saturday, for I rely on you to arrange my music for me. It is my last reception, and one wants something that will encourage conversation, particularly at the end of the season when every one has practically said whatever they had to say, which, in most cases, was probably not much.

ALGERNON. I'll speak to Bunbury, Aunt Augusta, if he is still conscious, and I think I can promise you he'll be all right by Saturday. Of course the music is a great difficulty. You see, if one plays good music, people don't listen, and if one plays bad music people don't talk. But I'll ran over the programme I've drawn out, if you will kindly come into the next room for a moment.

LADY BRACKNELL. Thank you, Algernon. It is very thoughtful of you. [Rising, and following ALGERNON.] I'm sure the programme will be delightful, after a few expurgations. French songs I cannot possibly allow. People always seem to think that they are improper, and either look shocked, which is vulgar, or laugh, which is worse. But German sounds a thoroughly respectable language, and indeed, I believe is so. Gwendolen, you will accompany me.

[LADY BRACKNELL and ALGERNON go into the music-room, GWENDOLEN remains behind.]

"Subtext is the unspoken thoughts and motives of your characters -- what they really think and believe. In well-written dialogue, Subtext seldom breaks through the surface of the dialogue except in moments of extreme Conflict."